CD Baby Vs. DistroKid: Which Is Better?

Choosing your music distributor is a key milestone in your journey as an independent music artist.

Two of the most popular platforms are CD Baby and DistroKid, but which one is better?

I've used BOTH companies, and here's the conclusion I've reached on which one is better...

DistroKid is better than CD Baby if you are planning on releasing new music regularly; however, CD Baby wins out if you're releasing albums less than once a year. Overall, DistroKid is the superior platform, as it is the cheapest and easiest way for musicians to get their music into online stores.

If you decide to use DistroKid yourself, be sure to use my link as it will get you 7% off your order when you sign up! (www.OrpheusAudioAcademy.com/DistroKid)

But what makes DistroKid so good? What are it's shortcomings, and is there anything CD Baby does better?

DistroKid is far superior to CD Baby when it comes to pricing.

DistroKid charges you a flat yearly fee, which means you have an unlimited number of releases and you wont pay any more than your yearly fee.

CD Baby, on the other hand, has no yearly fee, but charges you for every single release.

Not only that, but CD Baby also takes a 9% commission of all the royalties you make.

Alternatively, with DistroKid, YOU get to keep 100% of the royalties.

Even if you're only releasing one album a year, DistroKid is still cheaper than CD Baby.

CD Baby really only makes sense from a pricing standpoint if you're releasing new music less than once a year.

(And if you're releasing new music less than once a year, and you don't already have a large following, you probably aren't very committed to growing your music career.) As you can see, if you really want to release your music the right way with CD Baby, it's going to cost you about $30 a single, and $70 an album.

DistroKid's pricing is much simpler and more straight forward than CD Baby's.

If you're going to release music throughout the year, then DistroKid's pricing easily beat's CD Baby's

Prices are for every single new release.

Prices are per year.

What does your earning potential look like with each of these two platforms?

One of the biggest advantages DistroKid gives you is that you get to keep 100% of your earnings, whereas CD Baby takes a pretty sizable 9% royalty fee.

Combine that with the mounting fees that accompany new releases on CD Baby, and you definitely have a higher earning potential with DistroKid.

DistroKid also allows payment splitting whereas CD baby does not.

This is a big deal if you are collaborating with others on your music, and want to be able to split the royalties.

If you're looking for the Distributor that lets you keep the most of your royalties, then DistroKid is the one for you!

When it comes to digital distribution, which distributor is better?

Well, it turns out both are pretty even, as they each will distribute your music to 150+ outlets.

On top of that, both distributors will also distribute your music to Instagram and TikTok.

That said, I think there are a couple factors that give DistroKid the slight edge here.

DistroKid allows you to distribute your lyrics, as well as the credits, for your songs, whereas CD Baby does not distribute lyrics, and will only distribute songwriter credits.

Additionally, Spotify owns a minority stake in DistroKid, which means that Spotify has a financial interest in seeing DistroKid succeed.

CD Baby and DistroKid are very similar in this area, but DistroKid gives you just a few more features that CD Baby doesn't.

This category isn't even close, as DistroKid doesn't even offer physical distribution services.

So if you want to be able to produce CDs or Vinyls of your own to sell to fans, then you need to go with CD Baby, or find a third party company if you do go with DistroKid, like DiscMakers (which is actually what CD Baby uses as well).

CD Baby and DistroKid are very similar when it comes to the tools they give you for promoting your new music before it drops. However, DistroKid also has some unique tools to really help you grow your following.

DistroKid Spotlight is a really cool feature where you can actually submit your song to get on one of DistroKid's large Spotify Playlists.

Your song will get matched up against other songs, and people can then vote for which song they'd like to be featured on one of DistroKid's playlists which have tens of thousands of followers!

And if your song isn't selected, you can always submit again! There's no limit to the number of times you can submit your song to Spotlight.

Vizy is a feature inside of DistroKid that you'd have to pay for, but it's really cool!

It allows you to create really cool music videos for your music at a very affordable price.

What would normally cost hundreds if not thousands of dollars if you were to go to a third party, you can now get very affordably inside of DistroKid.

DistroKid is really doing some cool things for music artists that allow them to spread and promote their music online much more affordably, and with less hassle. It's a clear winner over CD Baby for this category.

Both distributors are very similar when it comes to paying out your royalties.

DistroKid has a $0 payment threshold, and CD Baby lets you set your own threshold.

CD Baby will automatically pay you weekly, whereas with DistroKid, you can choose to withdraw your royalties whenever you'd like.

I don't see any major downsides here. Both are great in this area.

CD Baby has a very nicely designed website, and I definitely wouldn't say it is hard to navigate.

That said, there are a lot more menus and pages you have to go through with CD Baby, that it can be a little bit overwhelming.

DistroKid, on the other hand, is super sleek and minimal. It's very clear what you need to do, and you can't really get lost.

Because of this, I'd have to say DistroKid gives a superior user experience.

Sleek, simple, and easy to navigate, DistroKid wins out over CD Baby again.

Both platforms have decent reporting; however, CD Baby presents your data in a much more aesthetically pleasing manner.

It's easier to find what you're looking for, and isn't as overwhelming.

CD Baby provides very nice-looking and easy to read reports, whereas DistroKid's reporting isn't the most pleasing to the eye.

Creating cover songs are a great way to grow your exposure, but this can also be tricky given copyright laws.

How easy does CD Baby and DistroKid make distributing (and actually profiting from) cover songs?

CD Baby does not offer it's own service for licensing cover songs. You'll have to do this yourself by going to Harry Fox or Easy Song Licensing.

DistroKid; however, makes handling cover songs super easy. Rather than having to figure out how to acquire the proper rights yourself, and continue to keep up with paying what you owe for those rights, DistroKid will handle this for you.

DistroKid charges a fee of $12 per year, renewed annually, to manage each cover song for you. They will:

DistroKid will obtain the required compulsory mechanical license for you.

Not only that, but they'll actually automatically deduct the legally-mandated fee (9.1 cents or 1.75 cents per minute of playing time or fraction thereof, whichever is larger) from your earnings and pay it to the original songwriter.

CD Baby doesn't even offer a service for the proper handling and legality of releasing cover songs like DistroKid does, so DistroKid is the easy winner here.

What The Experts Say

However, I'm not the only one who thinks DistroKid is THE BEST music distribution company..

Some of DistroKid's biggest fans are actually the founders of rival companies!

TuneCore, founder Jeff Price had this to say about DistroKid:

"As the founder of TuneCore I hate to say it, but DistroKid is the single best music distribution company in the world. Light years ahead of CD Baby and TuneCore and far less expensive.

"[DistroKid is] light years ahead of CD Baby and TuneCore and far less expensive."

But it's not just company executives that think DistroKid is the best. Many artists agree.

DistroKid is the future.

Ludacris - one of the best-selling rappers of all time.

I've tried a bunch of digital distributors and DistroKid is, by far, the easiest and quickest way to get music out to the masses.

Ari Herstand - Ari Herstand has charted in the top 10 on iTunes, performed on Ellen and has had countless songs featured in films, TV shows and commercials.

I like DistroKid because it's straight-forward to use, gives detailed data for accounting purposes, and gets my music into stores faster than any other service I've ever used. DistroKid has been a godsend for those last-minute distribution needs—when you get the masters back 48-hours before you go live on iTunes.

Christopher Tin - Christopher Tin is a two-time Grammy-winning composer, and is the first composer ever to win a Grammy for a piece of music from a video game.

And The Overall Winner Is...

I believe the clear winner here is DistroKid! 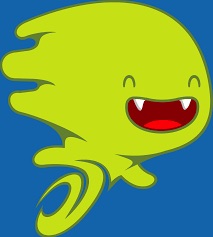 Top-to-bottom, DistroKid is the superior music distributor. It's only real weakness is that it doesn't do physical distribution, so if you want CDs or Vinyls, you'll have to go to a third party.

But this small drawback isn't enough of a reason to choose CD Baby, as CD Baby uses DiscMakers to produce CDs and Vinyls, and you can simply go to DiscMakers on your own.

This is what I did for my last album. I digitally distributed my music through DistroKid, and then simply went to DiscMakers on my own to create CDs. It's was essentially the same experience I had before when I used CD Baby with my first album.

Try DistroKid For 7% Off

If you're ready to get started with DistroKid, the first step is to decide which pricing plan you should go with.

You can check out my article here where I breakdown everything you need to know about the DistroKid pricing plans.

It will help you decide on which plan is the best for you.

I hope you found this article on, CD Baby vs. DistroKid: Which is Better, helpful!

Feel free to share if you got value, and let me know in the comments...

What other distributors would you like me to review?

How Often Should Artists Release New Music (According To Math)

DistroKid Vs. Tunecore: Which Is Better?